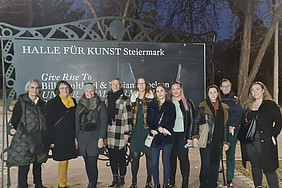 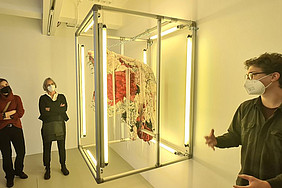 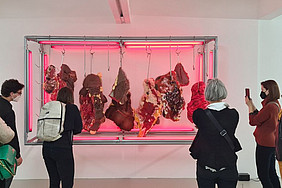 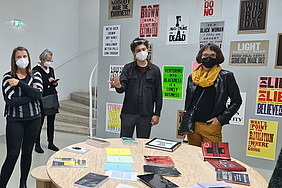 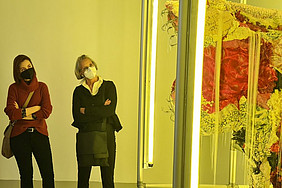 Chapter GUSEGG and CIAS invited all members to join a guided tour through the “Halle für Kunst” to see two exhibitions. Doreen Garners sculptures – made of silicon, glassfiber insulation, plastic, Vaseline, artificial hair, crystals and pearls – resemble fragmented or even amputated body parts and human remains. By critically assessing specific historical events and phenomena from cultural history, Garner shows the problematic relations between medicine and race, which persist to this day.

Keven Jerome Everson, who lives in Charlottesville, is a experimental filmmaker, who has a strong interest in formalism and abstraction and also of the essayistic nature of nearly all of his films. This exhibition thus combins poetic images from various Afro-American lives with observations of universal phenomena such as the horizon and the cosmos. Everson makes no specific proposals as to how to interpret his works, and yet the exhibition again and again raises one and the same questions: What is our perspective through which we see the world?